When she joined trucking company Freight Flow as a part-time billing clerk in the early 1990s, Angela Eliacostas was looking to augment her income as a young, single mother with four children. Then she rose through the ranks, eventually becoming general manager. In 2005, she launched a firm of her own.

Eliacostas formed All Girls Transportation and Logistics with a focus on the nuclear power industry. It soon expanded to serve other kinds of energy companies, and then other industries as well. Starting with revenues of $18,000 in 2006, the company brought in more than $2 million annually by 2008.

It has been growing ever since. Today, the firm is called AGT Global Logistics. Headquartered in Glen Ellyn, Ill., it provides a broad range of third-party logistics (3PL) services. “We’re a one-stop shop, handling everything from small packages to 200,000-lb. transformers,” Eliacostas says.

In a recent interview, Eliacostas provided a look at what it takes to steer an operation that can move just about anything.

See the full article below: 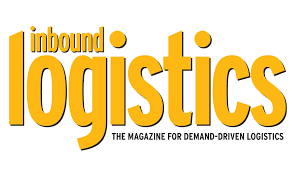